If you only watch Marvel movies, many people will think that Thanos is the strongest character. That’s true for the MCU (Marvel Cinematic Universe) but in the Marvel comic world, Thanos is just a “mosquito” if compared next to the characters below. Let’s come to the most powerful entities in the Marvel comic universe! So we know the most powerful entities in the Marvel universe and their power and strength. Which name are you most impressed with in the above list, please give your opinion! Be the top 3 The criteria that HDAD.vn is always aiming for is to bring the most useful information to the community

The One Above All – TOAA

Longtime Marvel fans must be quite familiar with the name The One Above All, right! TOAA is said to be the embodiment of the Creator (referring to authors Stan Lee & Jack Kirby) creating everything in the Marvel comics universe.

The One Above All – TOAA

The Beyonder is born from the Cosmic Cube and belongs to a mighty ancient race: the Beyonders. The power of the Beyonder is limitless, for him the universe or the multiverse is just a tiny speck of dust. Beyonder exists through all space and time with eternal and limitless power, he is on a level no one can touch.

The Beyonder’s abilities are similar to the Living Tribunal – the living Court that makes him and him often compete for the number 2 position in the Marvel universe. Beyonder is the reality of everything in the universe from Death, Thanos, Galactus, superheroes, villains… Everything is alive or destroyed is by the will and decision of the Beyonder. 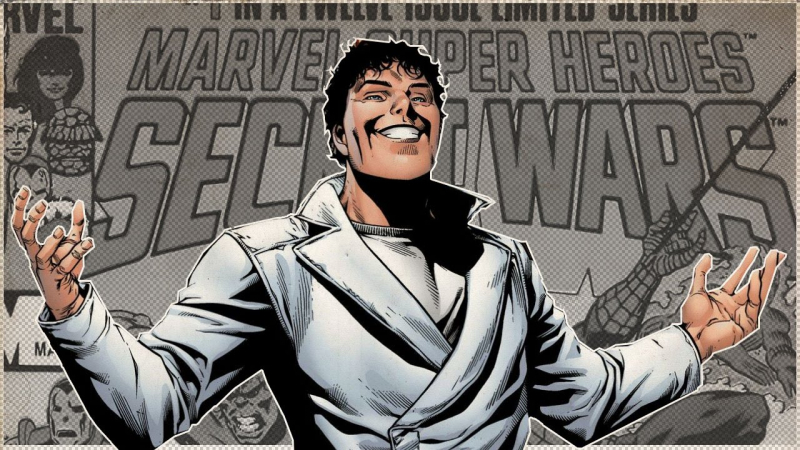 The Living Tribunal has 3 faces representing the 3 elements: Justice, Revenge, and Necessity. It occurs when a universe or multiverse is out of balance, or to decide whether an object should continue to exist.

Although extremely powerful, the Living Tribunal has been defeated twice. Once by Thanos when he absorbed the power of The heart of the Universe and once by the Ivory Kings – mysterious beings from the Beyonder Realm. 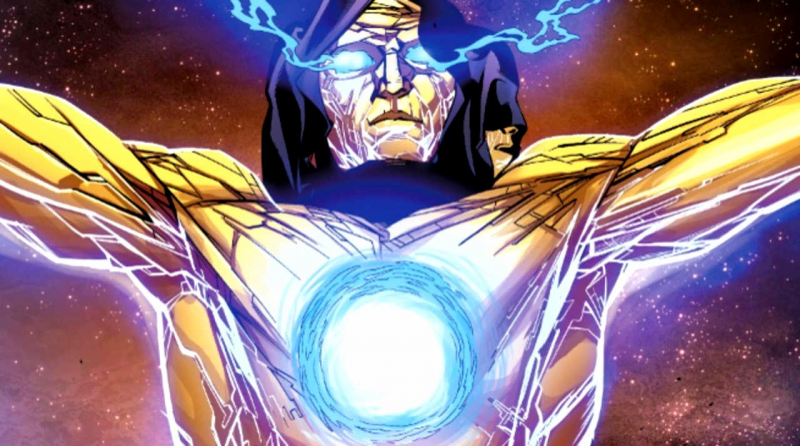 The Ivory Kings, also known as The Beyonders, comes from the Beyonder Realm – a region that is not part of Marvel’s multiverse. They are the ones who created the Cosmic Cube and the Molecule Man – the bombs that destroy the universe. Information about these Ivory Kings is extremely mysterious because the entities that have encountered them have not survived. While accidentally investigating the whereabouts of the Ivory Kings, Hank Pym discovered the corpse of the Living Tribunal and obtained a picture of the group.

This group of Ivory Kings have traveled across all universes with the aim of destroying the multiverse with Molecule Man – bombs. During their journey, the Ivory Kings team encountered most of the most powerful entities in the Marvel universe such as Celestial, Infinity, Eternity, Lord Chaos, Master Order and even the Living Tribunal. With omniscient intelligence, the Ivory Kings trap and slay these entities, leaving the Marvel universe in awe of their power.

However, the Ivory Kings still have the weakness of not being able to travel through time and if not together, can be killed by other entities. 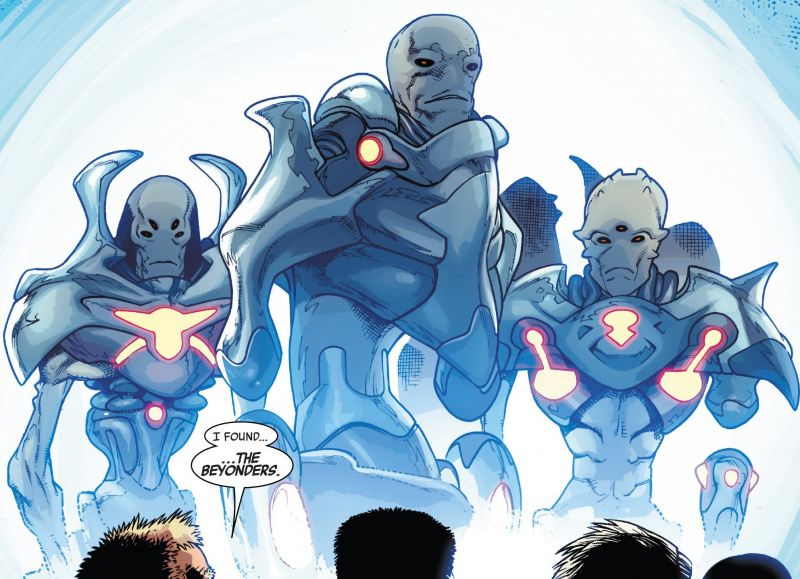 Eternity and Infinity are both entities that represent the importance of life in the Marvel universe. They have almost limitless power, existing together as twins. Eternity is time and Infinity is space. They also represent one of the three most important forces of the universe: necessity.

Although the power is so powerful and limitless, they have also been trapped and killed by the Ivory Kings group – The Beyonders. 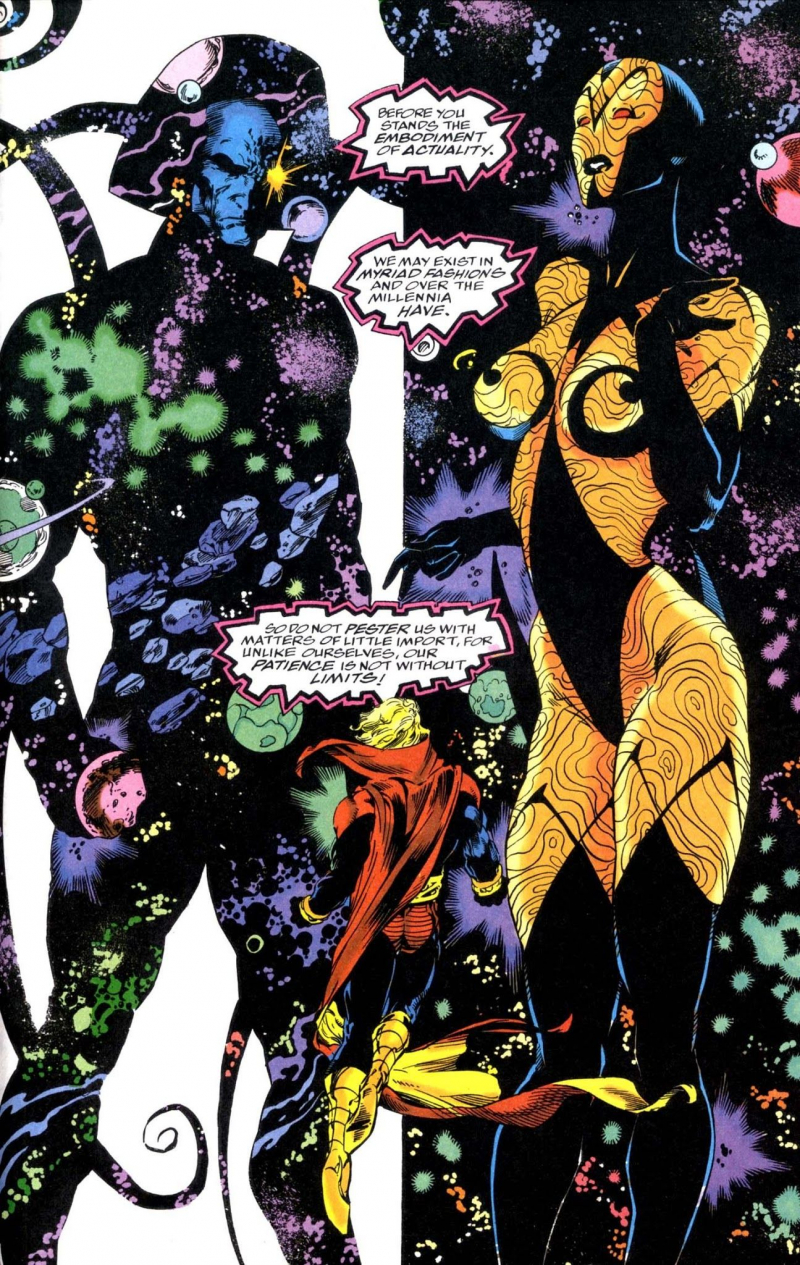 Franklin Richards is the son of Mr. Fantastic – Reed Richards and Invisible Woman – Sue Richards, two members of the Fantastic Four. The boy is known to be the strongest Omega Multiverse level X-Men ever. The power of Jean Gray when turning Dark Phoenix or Scarlet Witch – Wanda Maximoff is nothing compared to Franklin Richards.

Franklin Richards has the ability to alter and manipulate reality to an infinite extent, able to create a mini-universe at a young age with ease. In addition, Franklin possesses psychic powers, controlling molecular structure, energy. He once fired energy beams that repelled even the Celestials – which are the most powerful entities in the Marvel universe.

The power of Franklin Richards may still surpass Galactus and not reach its full potential due to still being in the form of a child. 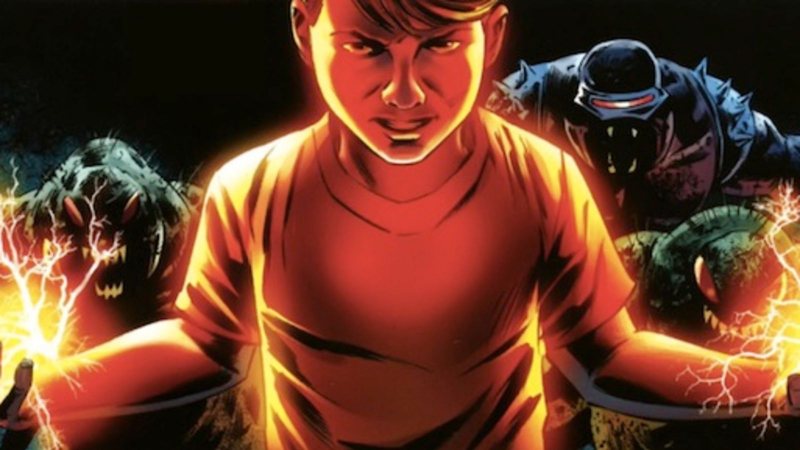 The Phoenix Force is an ancient, ancient entity originating from the universe, believed to be the guardian of the Creator. It is invulnerable, has no clear form, and carries within it a source of power that can regenerate or destroy an entire universe. The purpose of the Phoenix Force’s existence is to destroy things that are judged to be of no value in the universe.

For millions of cosmic years, the Phoenix Force roams the universes and destroys things it deems unworthy of existence. Jean Grey, a young X-Men on Earth, was the first to be chosen by the Phoenix Force as a host. Jean’s psychic powers combined with the destructive power of the Phoenix Force create a mighty Omega-level X-Men in the Marvel universe.

During its existence, the Phoenix Force has had other hosts than Jean Grey, such as: Madelyne Pryor – the cloned version of Jean Grey, who later married Cyclops and gave birth to Cable. Rachel Summers – daughter of Jean Gray and Cyclops, is said to be the most suitable host for the Phoenix Force after Jean Grey. The Phoenix Five consists of 5 members X-Men: Cyclops, Emma Frost, Colossus, Magik & Namor also used the power of Phoenix Force to fight against the Avengers. 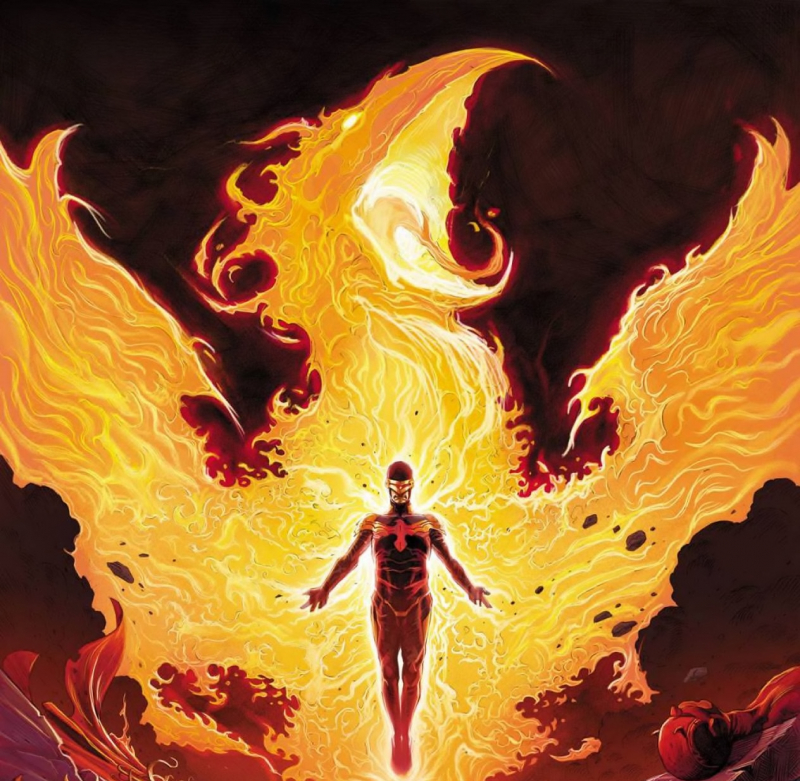 Cyttorak is the most powerful and ancient magical entity in the Marvel universe. He was once worshiped as a god on Earth but was also depicted as a fearsome demon. He was banished to the Crimson Cosmos, but how and who was capable of doing so remains a mystery.

Cyttorak is so powerful that he can imprison a mighty being like Galactus with his magic and render him impotent. Powerful wizards from all future dimensions such as Dr. Strange, Dormammu or Zom all have their origins in power related to Cyttorak. Within his barrier, Cyttorak’s power is limitless and no entity can defeat him here not even the Phoenix Force.

He is also the one who created The Crimson gem and sent his power into it, making anyone who touches it become a Juggernaut. 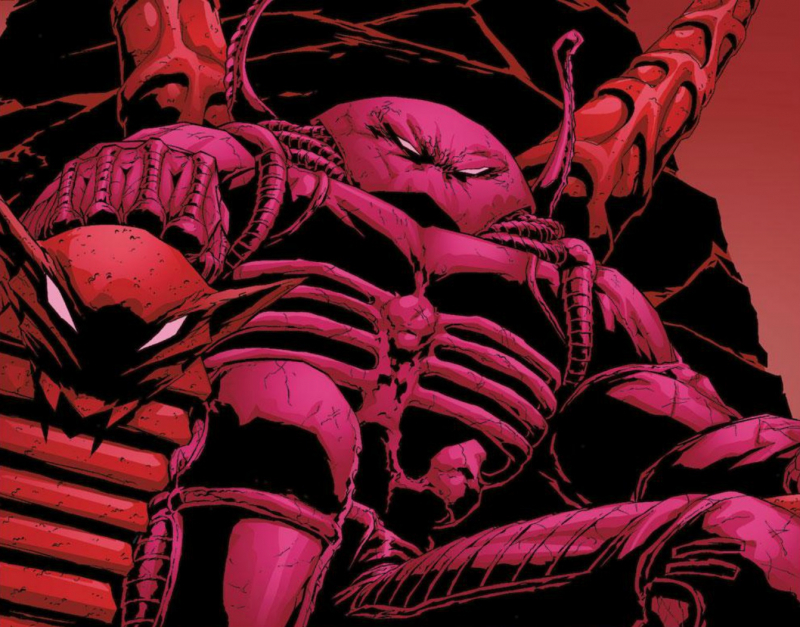 The entity’s full name is Amatsu Mikaboshi, also known as the Chaos King or Demon Lord, the embodiment of darkness and chaos. In the past, Mikaboshi once led legions of demons to defeat the Greek holy places, destroy the mighty Zeus, and defeat all the Olympians. Mikaboshi’s strength is far superior to that of the mighty god Odin of Asgard.

Mikaboshi is an abstract entity with no clear form. Mikaboshi’s most fearsome point is that every time he kills an opponent, he will absorb their energy and become evolved. Mikaboshi also captures the souls and controls the bodies of his victims, making them his slaves.

During the events of Chaos War, Mikaboshi defeated all of the most powerful gods of the Marvel universe, mortally wounded Galactus, smashed Hell, and caused the Goddess of Death to flee the universe. 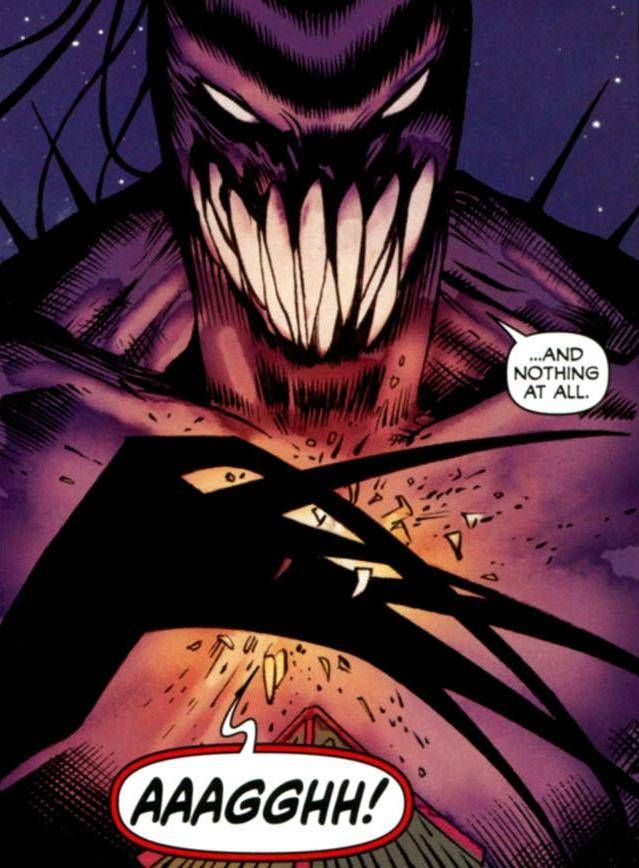 Magus is the dark side of Adam Warlock – the character we know was created by scientists. The origin of Magus comes from the fact that two cosmic entities Lord Chaos & Master Order kidnapped Adam Warlock, brought him to their realm and forced him to learn how to live in darkness. They then send Adam back in time 5000 years ago on the planet Sirius X and force him to live with that dark philosophy. This drives Adam crazy and he calls himself Magus.

Magus is comparable to Galactus, but his strength is far superior to his own. Magus can transform into anything from matter, can transform into a planet more massive than the Sun or a weapon as large as a planet to blow up another planet. Not only excelling in physical strength, Magus is also a 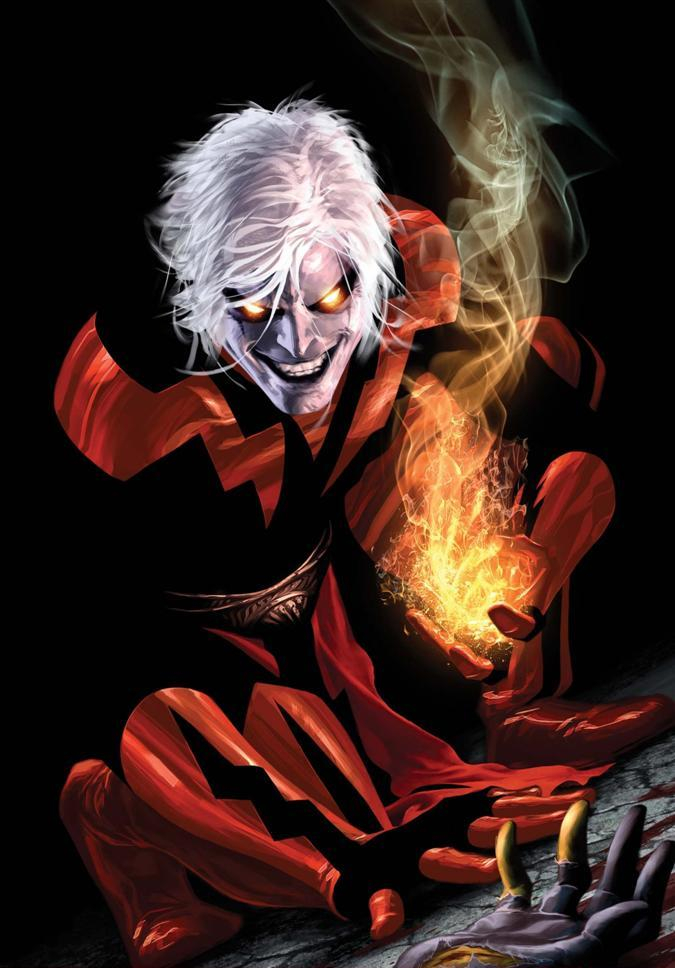 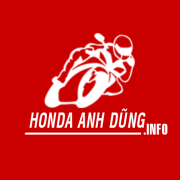 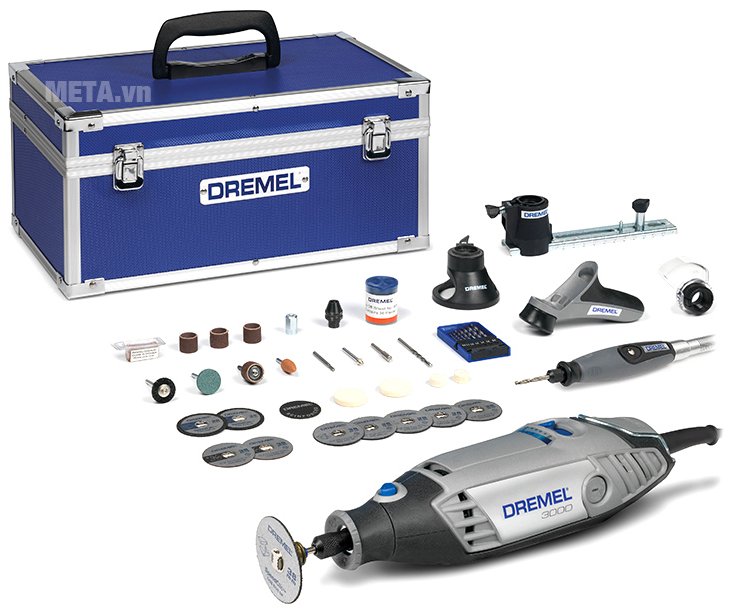